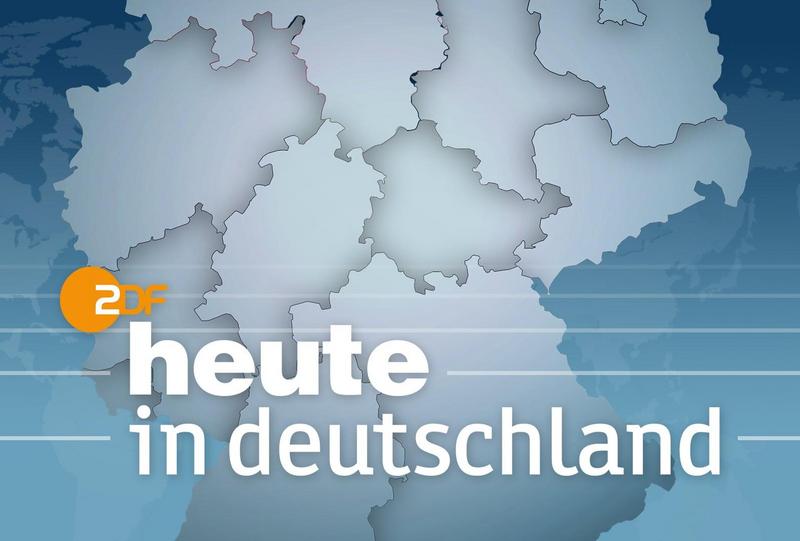 Deutschland Heute, "Today´s Germany".....What makes Germany "Tick". Topics "in the news" and some "fun" stuff, together with useful general, and current, information.

A Link to Ancient Traditions in Today´s Germany

Beginning school is surrounded with tradition, as are weddings, Father´s Day and sweeping chimneys. It is an ultra-modern country but has customs which reach back centuries.

A Link to Germans and their Gardens

From mini gardens on balconies and gardening by the moon´s phases, to beer gardens, garden gnomes and Easter eggs trees, Germans love their gardens big or small.

A Link to Life in Germany Today

Germany still has traditions and ways of life that have been passed down for generations, but in the last years it has become both ´Green´ and a multicultural society, adapting to new ways and ideas.

Birthdays in Germany, the Do's and Don'ts

Birthday celebrations in Germany are "different". Imagine being expected to take everyone out for dinner on your own birthday. And never wish a German Geburtstagkind, Birthday Child, Happy Birthday until the actual day. One minute after midnight yes, but not even a second before.

Mother-tongue speakers are usually extremely loyal to their national language, and Germany is no exception, however recently Anglicism´s have been adopted with an amazing lack of restraint bringing about the rise of Denglish´.

Coffee is more popular than beer in Germany, that is except in the country's northwest. Tea is the number one beverage in the windswept coastal marshlands and islands of East Friesland, a blend with its own tea ceremony, and anyone preferring coffee is a Koffjenöös...Coffee Nose.

Germany has a spirited music scene ranging from classical to techno and pop, one seventh of the world’s opera houses, almost one million students at state music schools, and one of its most popular singers has a continuing live show hit with a song sung in praise of a grilled sausage.

The German wine industry is undergoing a change and is returning to its roots of producing high quality vintage wines. Although the traditions and age old customs surrounding the harvest will remain, more emphasis is being placed on the grapes and the wines created, so Liebfraumilch is on the way out.

Where did that word originate - you might be surprised. "Gemuetlich" and "Kindergarten" for example are as at home in English as in German, and there are many other words which have been absorbed into the English language, traveling from Germany to international worlds of business, science, technology and history as well as art and culture.

They are "Harbingers of Spring", bringers of babies, stars of myth, superstition and a theme route. Storks...high on the list of Germany's favorite wildlife, it's "celebration time" when they return to their nests on cliff-ledges, rooftops and chimneys, after wintering in warmer climates.

Prune Men, Prune People because Zwetschgenmännle, Dried Plum Boys, were joined by Zwetschgenweibla, Dried Plum Girls, long ago, are traditional German handcrafts. Good Luck symbols given to celebrate everything from Birthdays and Wedding to New Year, here is the story and easy DIY "How To" guide.

"Putz anfallen", show no sign of ending. Those "cleaning attacks", necessary or not, day or night and at any time of year, although even more so in spring. An "enjoyable", even compulsive, pastime in the German speaking world...but with rules and traditions of course.

Storks are amongst Germany's favorite wildlife, the subject of many myths and superstitions, and when they return to their German nests, after spending the winter in Africa, it's a clear signal spring can not be far away. Although it still might be cold and even snow covered in places.

Part of Germany´s culture for generations, a strange looking chair. A wicker beach basket, the ´Strandkorb´, once likened to an upright wash basket and originally designed for an aristocrat with rheumatism, has not only sheltered beach goers from wind, rain, sun and even snow it is now a part of Germany life.

Halloween, All Saints and All Souls Day in Germany

It is said German castles have real Ghosts, and Witches, Forest Goddesses of pagan times, have never really gone away, but the centuries old All Saints and All Souls Day traditions are as much a part of the season's culture as ever. Despite recently introduced Halloween with its plastic skeletons.

Knut, Berlin Zoo's celebrated and charismatic young polar bear, and Leonardo DiCaprio's one time Vanity Fair cover companion, beat the odds to survive after his birth in December 2006, but died at the age of only four years, very young for an ice bear. And especially one in captivity.

First graders in Germany are lucky, their first day at grade school begins with large, colorful, gift and candy filled School Cones. A custom that began in the early 19th century, Schultüten are as popular as ever, and could be a fun idea and new tradition for your own family and friends.

A huge, historic, country fair, the world´s largest Volksfest, and with its own museum on site. It started as a horse race to honour a wedding, and over 200 years later remains an annual festival of Bavarian exuberance, draught beer, beer garden food and tradition.

Albert Einstein once worked there as an electrician, an intoxicated dachshund was delivered to Lost and Found, it uses enough electricity to give 52 years of power to a home for four, and emigrants from Germany have taken it all over the world, but Oktoberfest began over 200 years ago in Munich.

In the days of a communist East Germany meals were planned around what was available to buy that day, the queues were long and legendary, and a banana was seen on television but not in a shop. Appetizing and healthy food was served nevertheless, and here are some favourite, and easy, recipes from the time.

Its original title was Mauerhase - A hare that lives by a wall. Nominated for an Oscar in 2010, and using the viewpoint of Berlin´s death zone rabbits as a parable for the lives of many East German, and USSR, citizens, this movie gives a different, and fascinating, perspective on socialism, the fall of the wall and the end of communism.

Schultueten and the First Day of School

The first day of school is a milestone in the lives of German first graders. Whenever possible parents and grandparents escort the new pupil to school where, after welcoming speeches, songs, "photo calls", and with "Schultuete", School Cone, held tightly, it is time for school life to begin.

Many of Germany´s festivities for Sommer-Sonnenwende, summer solstice, and Johannisnacht, midsummer eve, can be traced back to pagan and pre-Christian days. The triumph of sun and light over cold and darkness is still celebrated by huge bonfires throughout the country.

The Day of German Unity

The Day of German Unity, "Tag der Deutsche Einheit", takes place on October 3. An annual celebration commemorating the day in 1990 when the German Democratic Republic, East Germany, officially became part of the Federal Republic of Germany. After 40 years of communism and Soviet rule.

November's Volkstrauertag in Germany commemorates all who died, were left to mourn, or are victims of violence brought about by combat or oppression. Military, civilian, of all nationalities. From Europe's old battlefields to the armed conflicts and struggles in our present-day world.

Walpurgisnacht, Maibaum, May Day in Germany

May 1st May Day Celebrations, in many parts of Germany, are filled with with Maypoles, Mayhem and Fun. Very different from the May Day parades with soldiers, rifles and tanks of communist countries, including the former East Germany.