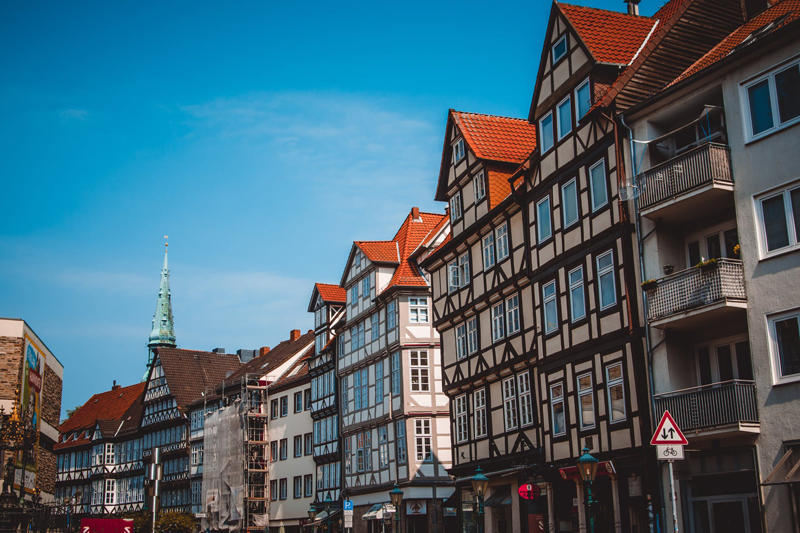 This listing shows you every single article in the German Culture Site! The articles are shown in date order, with the most recent articles on top. You can also use the search feature to search for something specific. These listings are shown 10 articles to a page.


German Bread - Fast Facts
Germany is a "Bread Paradise". Over 3050 registered varieties, with almost all available types of grain used, from wheat, rye, barley and oats to millet, corn, rice and potato starch. While bread rolls go under so many different names in the various regions it is easier just to point.
Frankfurter Green Herb Sauce Recipe
The traditional season for Frankfurter Grüne Soße begins on Holy (Green) Thursday, the day before Good Friday, and continues until the first frost in Autumn. A delicious cold green fresh herb sauce, spicy, creamy and full of good things. Here is a great recipe for you.
Fun Facts - Wolfgang Amadeus Mozart
The Life, Times and Music of Wolfgang Amadeus Mozart. He made his first performance tours at six, wrote a first symphony at eight, kissed an Empress, was an inspired billiards player, spoke 15 languages, a popular marzipan candy is named after him...and there's more.
The Bird's Wedding, Sorbian Children's Tradition
It is a unique January tradition for young children in Sorbian Lusatia, eastern Germany. The Bird's Wedding, wearing a miniature traditional wedding costume, the bride is a Magpie and "marries" her groom a Raven, or bride a Thrush and groom Blackbird, with the guests and chaplain also all "Birds".
Bavarian Donuts, an Auszogne Recipe
Bavarian Donuts, known as Auszogne or Knieküchle, are a "Kultgebaeck", and like many things, their origins were probably in a medieval German monastery. Once a treat to look forward to during church holidays and festivals, now they are enjoyed throughout the year.
Spargelzeit, White Asparagus Soup Recipe
A classic recipe for Germany's "Spargelzeit", the country's annual obsession with White Asparagus. Deutsche Spargel Suppe, Asparagus soup, one of the most popular recipes in two months filled with the Royal Vegetable's white stalks...and just as delicious with green asparagus.
Easter in Germany - Palm Bouquets for Palm Sunday
Palm Bouquets are Good Luck charms. A 10th century German Easter tradition made with decorated twigs, herbs and flowers, carried in Palm Sunday processions and blessed in church, then kept for luck or decoration until next Ash Wednesday or added to Easter Sunday Fires. Their story and "How To".
Struwen, Germany's Fried Yeast Pancake Recipe
Originally an Easter Tradition, Struwen are delicious, and easy to make, fried yeast pancakes now enjoyed throughout the year. For generations they were a Lenten Fast tradition in Munsterland, Nordrhein-Westfalen, and eaten only during the Fast, especially on Good Friday.
Johann Sebastian Bach - Composer
German born Johann Sebastian Bach, last Baroque era composer and one of the greatest geniuses in music history. Known as a gifted organist during his lifetime, his more than one thousand works had to wait until the 19th century to be "rescued" and their enduring appeal appreciated.
Germany and its Storks
"Harbingers of Spring", bringers of babies, stars of myth, superstition and a theme route. Storks are high on the list of Germany's favorite wildlife, and it's "celebration time" when they return to their nests on cliff-ledges, rooftops and chimneys, after wintering in warmer climates.

Steckerlfisch, a Grilled Fish on a Stick Recipe